The church stands on the bank of the River Great Ouse and, with its fine spire, dominates the southern approach to the town. It is thought that Olney Church was originally situated at the north end of the town, near the present ‘Amaya’ restaurant, and there is some suggestion that that church was founded in 1018. It is likely to have been on a modest scale.

The greater part of the present church was built in the fourteenth century between c.1330 and 1400, in the ‘Decorated Gothic’ style then in vogue. The finest feature of the church is the spire, which is unusual for Buckinghamshire. Set on a tall tower, it reaches a height of 185 feet. [56.5 m] The tower originally housed a peal of six bells, the oldest of which is dated 1599. See Bells for details.

The church has a slightly unusual appearance due to the fact that the roof of the nave is lower than the roof of the chancel, and of slate rather than tile. This is because the nave was altered in 1807, when the clerestory was demolished and the old roof timbers and lead were sold. 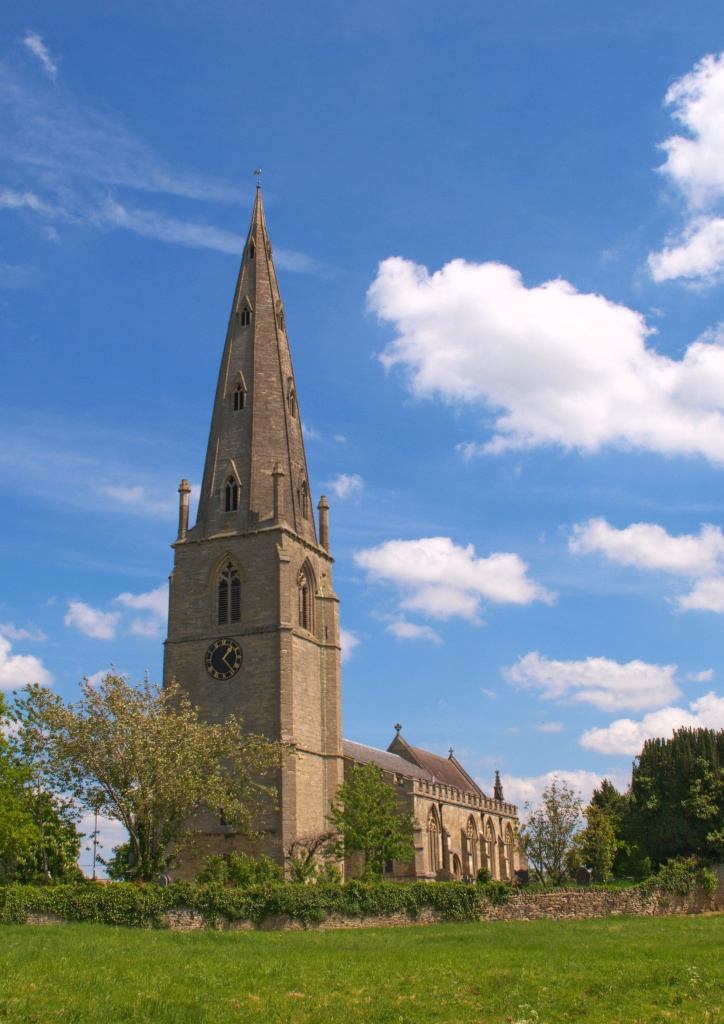 The north aisle was partly rebuilt in the sixteenth and seventeenth centuries, and the south aisle was largely rebuilt in 1831. The windows in both aisles display the flowing tracery characteristic of fourteenth century ecclesiastical architecture, although they were much restored, and in some cases replaced, in the nineteenth century.

The church yard has been closed for some years and is under the care of Milton Keynes Council. Among the graves in the south-east corner is the grave of John Newton and his wife Mary (re-interred from St. Mary Woolnoth, London in 1893 when they were clearing the burial grounds).

While it is not necessary to arrange a tour to visit the church, we recommend a formal arrangement be made for larger groups. This will allow us to get a guide to assist you and make the experience more beneficial.